There are a number of different pathways to a surgical career. This page provides a simple explanation of some of the most common routes. 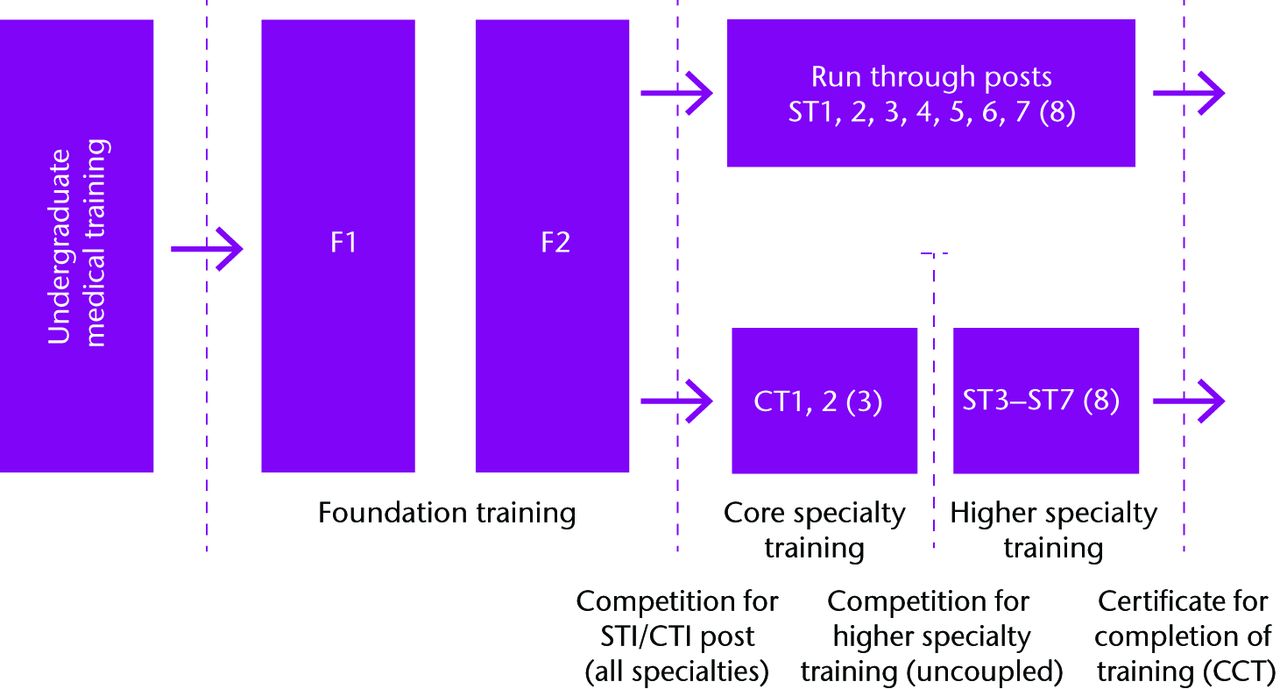 After completing medical school, most UK graduates undertake a 2 year Foundation Program, which rotates through various specialties (both surgical and non-surgical). Following this those that wish to purse a career in surgery have a number of pathways open to them. The graph below shows what proportion of graduates from the various UK medical schools go on to apply for Core Surgical Training. 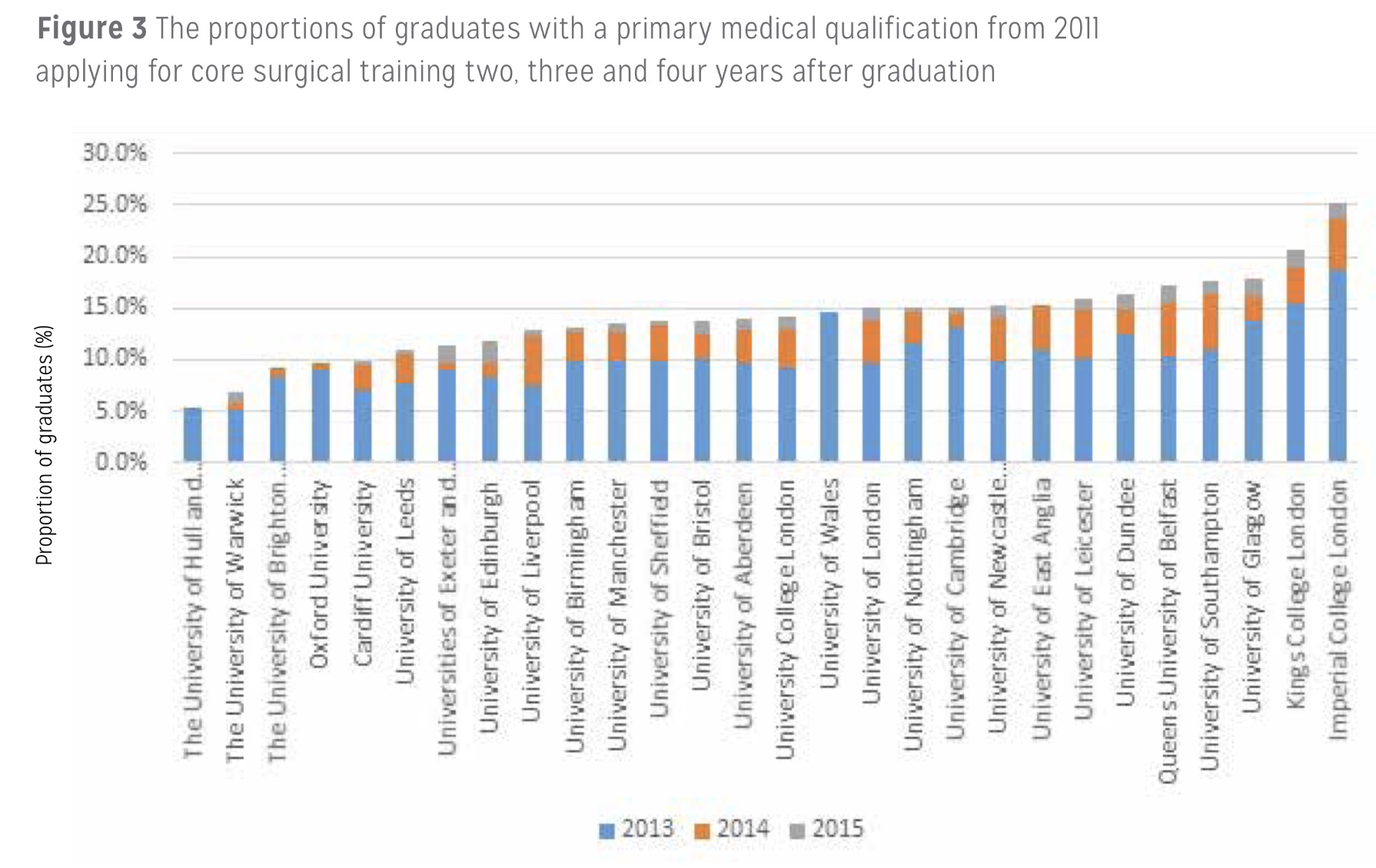 The various options available for prospective surgeons following their Foundation Years are summarised below:

Whilst surgical specialities have historically been very male dominated there has been a slow but steady shift over recent years so that now the proportion of women in surgery is 1 in 5.  The split between different specialtiies and grades is shown below. 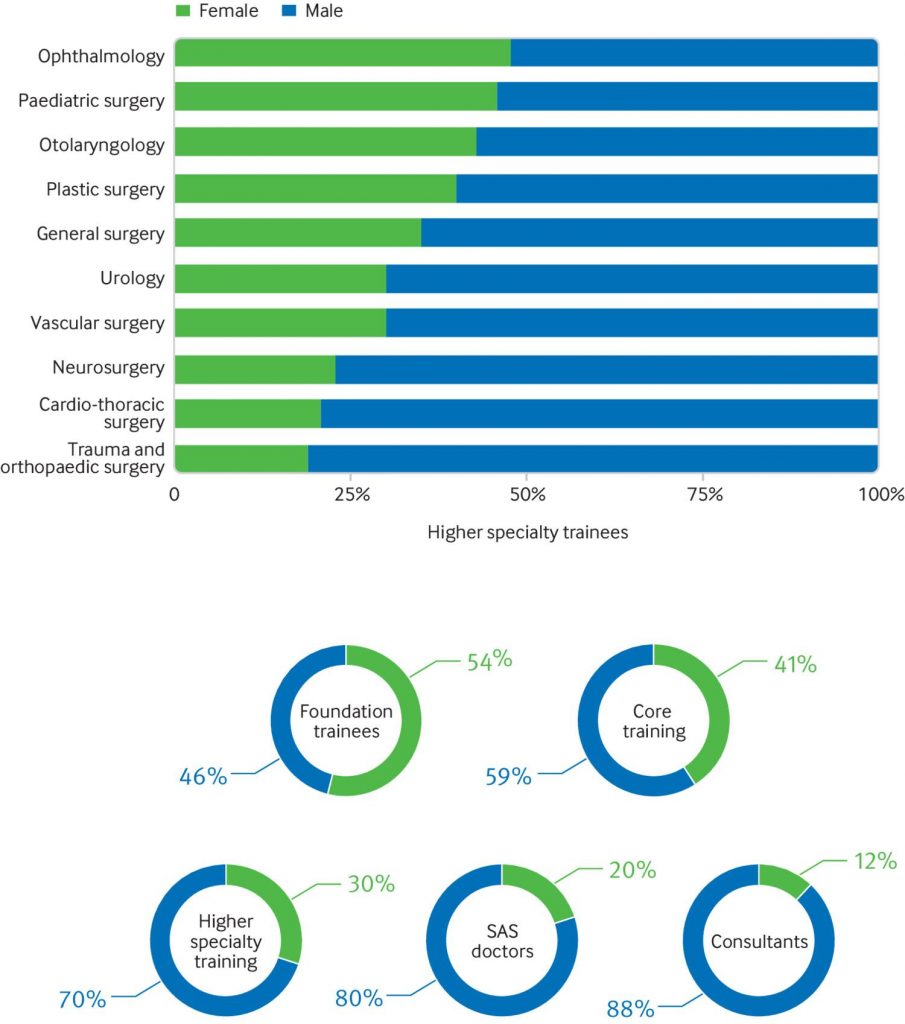 What people say about CorePrep

"I used CorePrep and I really think it was the best prep I had for interviews" - E. Murray

"Just to say thanks for the CST mock and online stuff really helpful - got the 1 of 2 oxford ENT themed jobs which I’m really happy with" - S. Sheik-Ali

"The CorePrep question bank was invaluable in securing my top choice job and full marks in the clinical station" - T. Newman

"Thanks for the fantastic resources - the question bank has been invaluable in my interview preparation" - S. Dupre

Have a friend or colleague preparing for their ST3 Orthopaedic Interview?

Check out our sister site OrthoPrep

Theme by Anders Noren — Up ↑